How to spend a day in Madrid 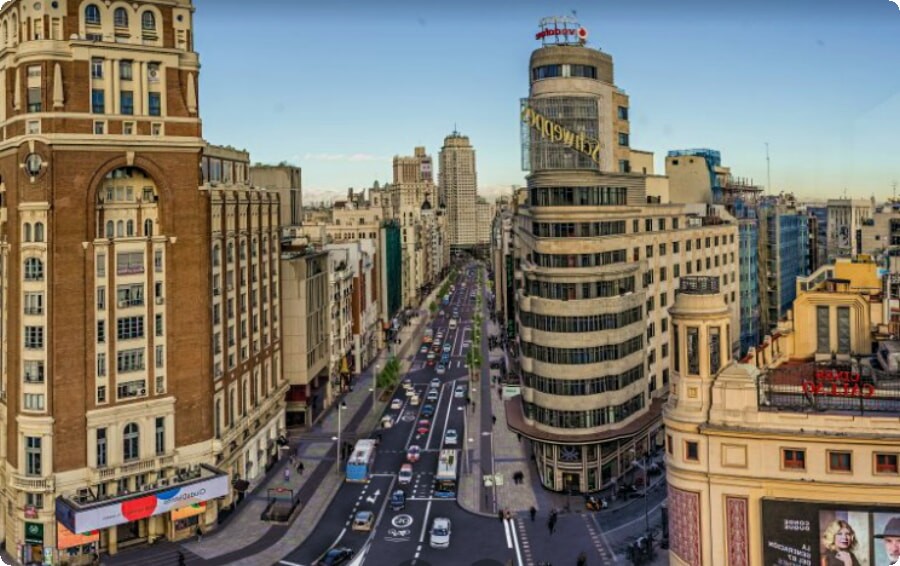 Welcome to Madrid, the capital of Spain, the third largest city in the EU and home to one of the world's greatest football teams. If you only have one free day in Madrid, here are some of the must-see attractions!

A bit of history

Until the 19th century, Madrid was surrounded by walls. Puerta del Sol, or "Gate of the Sun", is one of the gates left from these walls. Today it is one of the busiest squares in the city.

The Plaza Mayor was built during the reign of the Habsburgs Philip III. It is still part of many religious and cultural events in Madrid today. The square has an interesting and varied history - bullfights, theatrical performances, courts of the Inquisition and executions were held here! Today it is a favorite place for sunbathers and tourists.

The Cathedral of La Almudena was inspired by 18th century French Gothic architecture. This is the only Spanish cathedral that was consecrated by the Pope. Below is the crypt, which is considered the largest in Spain. It has over 400 columns, 20 chapels, many stained glass windows and many works of art.

The Temple of Debod, an Egyptian temple dating from the 2nd century BC, was a gift from Egypt to the city of Madrid. It was given to Madrid to save it from being flooded by the Nile. Moved to Madrid in the 20th century, it has been restored to its original east-west orientation.

Enjoy a warm Spanish day in the Buen Retiro Park. Formerly owned by the Spanish monarchy, this stunning 19th-century park is a favorite getaway for locals. Why not cross the beautiful artificial lake in a rowboat? If you need a little rest, you can stop at the steps of the monument to Alphonse XII. Within walking distance is perhaps the most beautiful building in the park - the magnificent Crystal Palace. Designed by Spanish architect Ricardo Velázquez Bosco in 1887, it stands over 22 meters high and is almost entirely made of glass! It was designed in such a way that it can be disassembled and moved to another location.

Puerta de Alcala is considered the first modern triumphal arch built in Europe in the post-Roman period. Designed in 1778 by the Italian architect Francesco Sabatini, it was once the main entrance to the city.

If you are a Real Madrid fan, then the tour of the Santiago Bernabéu Stadium is not to be missed! You'll walk in the footsteps of some of the world's most talented athletes, step into the team's impressive trophy room, and step into a field where history is made.

If you want to see something completely different, head to the Plaza de Toros de Las Ventas. Originally built for bullfighting, it has become the venue for many other events including tennis, theater and concerts!

The National Prado Museum (Museo Nacional Del Prado) is located near El Retiro Park. It is believed to house one of the finest collections of European art in the world, dating back to the 12th century.

If you have a moment to spare, take a stroll along Madrid's famous Gran Vía, one of the city's main shopping streets.

After seeing all the sights, you must have worked up an appetite. Head to the Mercado De San Miguel, the gastronomic temple of the city.

Here you will find a wide variety of dishes: tapas, fresh fruits and vegetables, caviar and chocolate. The site where the market now stands was formerly the church of Iglesia de San Miguel de los Octoes, which was destroyed by fire in 1790. It was restored, but less than 20 years later the rest was demolished.