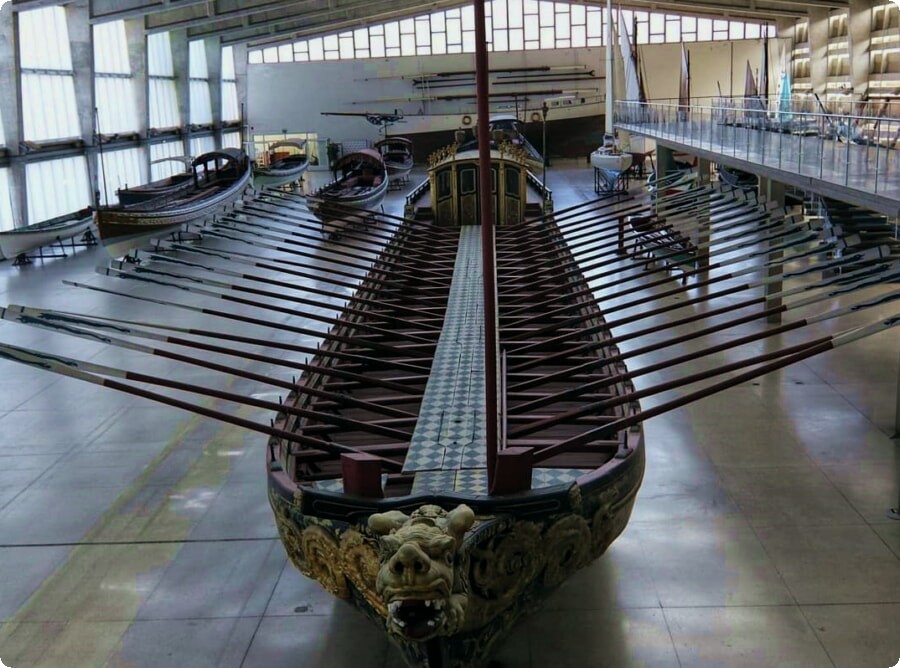 The Maritime Museum is located on the territory of a building with a long history — the Jeronimos Monastery, and specifically in its western part in Lisbon. It is one of the oldest repositories of historical artifacts in Portugal. The building has been open to the public since the summer of 1863.

The exhibits presented in the museum halls began to be collected as early as the 18th century, and today the collection includes about 18 thousand samples, of which 2.5 thousand are located on a permanent basis. The main theme of the exhibition is the discoveries of the natives of Portugal in the field of geography. This era is called the “golden era” in the history of the state.

The museum visually demonstrates the entire history of shipbuilding in Portugal, which includes detailed models of ships, tools for long journeys, maps, as well as other items of that time used by navigators.

However, the Lisbon Museum presents not only models of military ships. Models of the Portuguese merchant fleet on a much reduced scale are also present in the museum's collection. In total, in this place there are several dozen samples of merchant ships built in the period from the 19th century to the present. But still, the main attention is paid to the ships of the Portuguese Navy. The exposition consists of both models of military ships of the 19th century, and samples of frigates created in our time.

There is also an exposition on the territory of the museum dedicated to the history of fishing, mainly cod. Vessels for traveling along the river are also shown.

The Maritime Museum of the Portuguese capital is an object that people of any age will not be bored to visit. In a country with such a rich history of travel across the seas and oceans, a priori visit to the museum cannot be uninteresting.

Entrance to the Maritime Museum

Ticket offices are located at the entrance to this attraction. Immediately behind them is the first museum room, which displays statues of famous historical figures who, during their lifetime, were explorers of new cultures and lands. Thanks to such brave people, the Portuguese state was able to initiate new discoveries in the field of geography and change our planet forever.

All presented exhibits surround the statue of the famous Enrique the Navigator, who was an outstanding personality of the Age of Discovery. He himself never went on any expeditions to the seas and oceans, however, he laid their strong foundation, as he created a navigation school and provided research expeditions to unknown territories with everything necessary.

On the territory of this museum premises there are many historical artifacts, as well as smaller versions of Portuguese ships, which cannot be seen anywhere else in the world, with the exception of a ship model called "Flower of the Sea", which is located in Malaysia.

Every history buff will definitely appreciate this attraction.