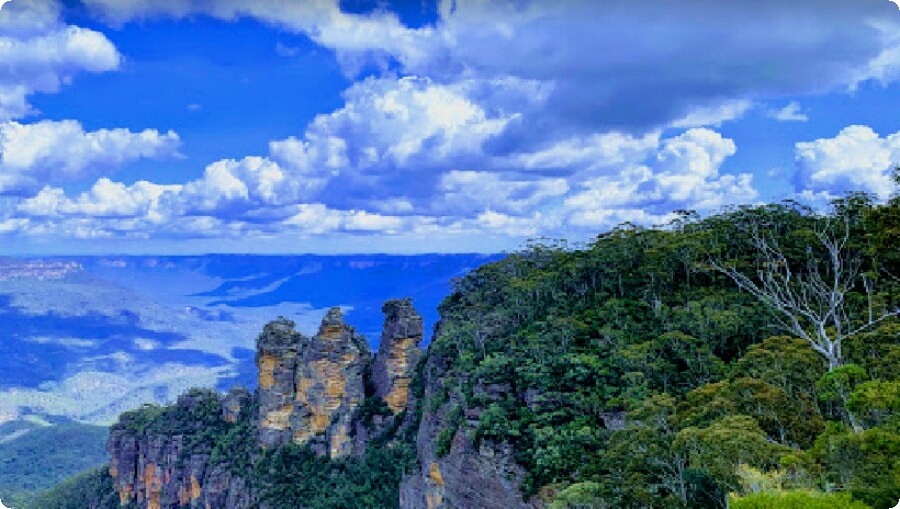 The distances of New South Wales, in its northern part, can be quite impressive, so the duration of this or that exciting trip will depend on the free time that you have left.

If you go to the city of Sydney, you can meet places steeped in history from the time of the "gold rush", like the inimitable Windsor; towering peaks of the majestic Blue Mountains; between Bathurst and Mudgee are scattered numerous settlements that have arisen near the gold mines, and the green hills of the Hunter Valley stretch.

The exciting North Coast trip is best viewed as a break between Sydney and Brisbane, the capital of Queensland, or as a stopover to visit the popular beaches and great fishing spots around Port Macquarie, Taree and Coffs Harbour.

An extensive network of railroads and highways leading up to the North Coast and major cities such as Coffs Harbour, Byron Bay and Armidale makes the area accessible to travellers. However, the car remains the vehicle of choice for exploring the area's most striking sights in their natural setting.

The new motorways are of high quality, although they sometimes have only two lanes; the exception is the Princes Highway, which runs along the coast.

Other routes include the New England Highway to the Northern Highlands, the Newell Highway to Maury, and the Great Western Highway to Bathurst through the Blue Mountains.

Windsor, a well-preserved settlement from the time of colonization, is one of the five "Cities of Macquarie". Founded on the shallows of the Hawkesbury River in 1794, the city provided industrious farmers with both fertile land and convenient transportation of finished products along the river. In the center of the city stands the beautiful Church of St. Matthew, designed by Francis Greenway.

It is a vivid example of Georgian colonial architecture and is considered the best creation of the architect.

Also of interest are the Macquarie Arms buildings (Arsenal of Mukkuori), which claim to be the oldest hotel in Australia, and the Hawkesbury Museum. The museum preserves the oldest record of the early history of the colonization of Windsor.