Memphis - an amazing US city on the banks of the Mississippi 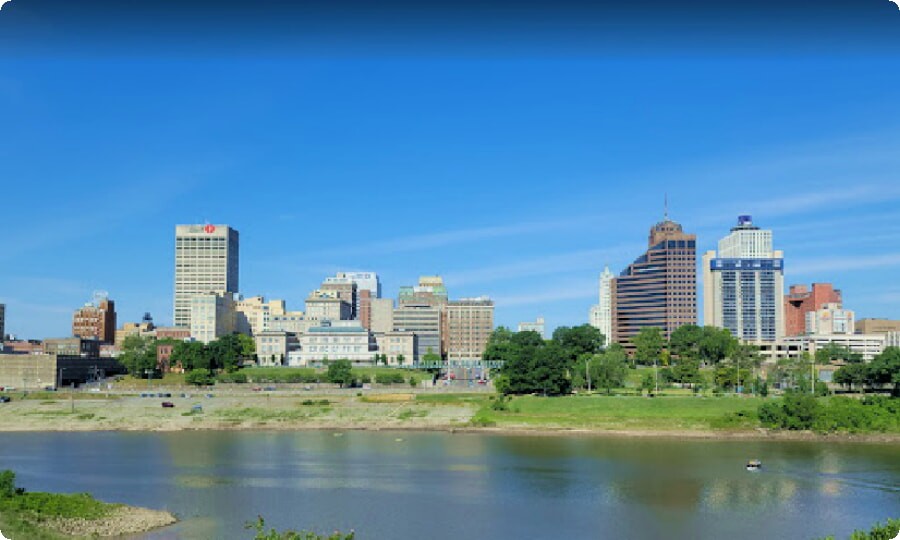 Memphis is located on the picturesque coast of the Mississippi and is the largest music center in the United States. Musical life here has been going on for decades and they never part with famous melodies in listening to popular masterpieces of the past and creating fashionable novelties.

Music lovers and fans of famous singers come to plunge into the world of blues and guitar sounds, modern disco rhythm and rock.

City of music and nightlife

The city of musical art and gastronomic masterpieces attracts with numerous museums that present evidence of the most striking styles of music, and during organized festivals, a huge number of music lovers from all over the world gather here. The area of ​​Beale Street is the center of urban life, and musical masterpieces and long-awaited novelties are especially appreciated here.

Country music originated in this city, and everyone's favorite blues laid the foundation for well-known compositions in many recording studios. Memphis has an extensive transportation network and is a famous Mississippi river fort. Due to the rather favorable climate, extensive cotton plantations are located on fertile soils, which bring considerable income. The architecture attracts with old and dilapidated buildings - the last representatives of the Victorian style.

Here, melodies of various styles are heard everywhere, combined in the rhythmic fun of modern music and old compositions of the last century. On the great and full-flowing Mississippi River, pretty ships and ships sail at a leisurely pace along the picturesque banks.

Tourists have the opportunity to ride with the breeze on steamboats and enjoy the sound of the waves, the taste of the dishes served and the stunning views of the coastal streets and parks.

Hernando de Soto Bridge is a symbol of the city, whose height is about thirty meters. The beautiful construction of the bridge is visible from many places in the city, it is a connecting link between the banks of the Mississippi, as well as the states of Tennessee and Arkansas.

• Memphis Children's Activities cheer up little nature lovers in well-equipped playgrounds. The city zoo presents many species of animals living in cozy enclosures close to natural conditions. The uniqueness of the zoo lies in the fact that there are samples of the natural beauties of several parts of the world.

• Bailey Lane is the most popular street in the city and is home to a whole complex of the best hotels, restaurants and music clubs. At night, the favorite place of music lovers comes alive and surprises with the long-awaited concerts of the most famous and modern bands of the country.

• Museum of Rock Music introduces the history of various trends and styles that have been created in recent times. Tours and programs are held here, introducing the development of the musical career of many famous and beloved performers.

The amazing city is rich in sights and a nostalgic atmosphere that has penetrated the hearts of fans and lovers of genre music.