Paris, Montmartre - what to see 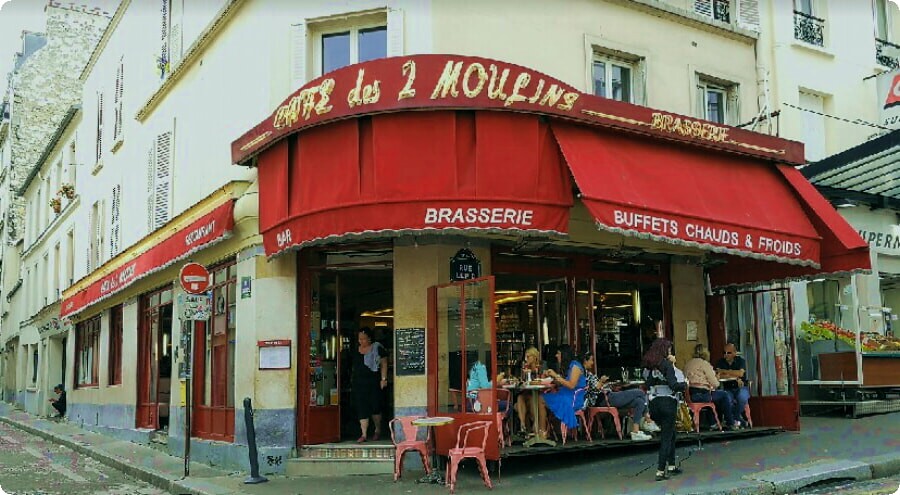 Prior to the opening of the Eiffel Tower, Montmartre was the highest point in Paris. The hill, located away from the Seine, which flows through the metropolis, offered a beautiful view of the growing city and was considered sacred. In ancient times, the Roman temple of Mercury was located at its peak.

Parisian Montmartre - the area of ​​artists, painters, singers and, above all, tourists - has consistently fascinated for more than a hundred years.

He was probably martyred somewhere in the area in the 3rd century, Dionysius, the first bishop of Paris (in his honor the hill is called Montmartre - Hill of the Martyrs). It was on this mountain that in the 12th century, at his call, a royal abbey was built, and in the 16th century the Jesuit order (to which the current Pope Francis belongs) was founded.

The sacredness of Montmartre ended with the French Revolution - the property of the abbey was confiscated and the buildings were demolished. As the expanding Paris swallowed up the Montmartre highlands, dubious places, cheap taverns, mills and vineyards were quickly located on its summit, supplying cheap wine for the colorful urban bohemia that attracted.

However, numerous art shops quickly began to appear in this atmosphere of a dubious area.

It was here that the first cabarets were created, the steep narrow streets appealed to artists, and writers wrote great novels in attics. Artistic bohemia took over the apartment buildings and cafes of Montmartre. Even today you can feel the atmosphere of Belle Epoque Paris.

Although artists have been replaced by restaurateurs and sighing poets by Japanese tourists, the most famous district of Paris still has the same irresistible charm that seduced Berlioz, Chopin, Degas, Van Gogh, Picasso, Renoir and, above all, Toulouse-Lautrec.

As you exit the subway, you walk under a beautifully wrought-iron Art Nouveau roof supported by twisted steel pillars and bizarre plants. After a few blocks, you come to the bottom of a hill. It is worth spending a few minutes on a walk up the mountain, which will help you travel back in time to the atmospheric Belle Epoque. At the top of the hill, the Sacré-Coeur Basilica is brightly lit; an eclectic temple built with money from two industrialists during the Franco-Prussian War. They vowed to build a beautiful church if Paris remained untouched after the war. And they fulfilled their decision by spending a fortune and returning the sacred element to a hill known for worldly pleasures. Today, jugglers and musicians gather around the basilica; an African juggling a ball while climbing a lighthouse, postcard sellers, an accordion-playing flower girl with an unfashionable umbrella, and a gray harpist.

Enough to go to the next street. Rustique, fall into the hands of cartoonists. They walk around with albums in their hands, turn to tourists and immediately create portraits, caricatures, monidos.

Pencil, charcoal, chalk. Salad, baguettes and wine. Of course, everything is fast, that is, “rapidly”, as the Russians who occupied Paris after the Napoleonic wars called the waiters.

After eating in France, it is imperative to put on a little black dress, and we go into the world of painters from among the graphic artists. Landscapes, portraits, nudes, still lifes and genre scenes in any technique were painted by several hundred artists in the heart of Montmartre - on Place du Tertre.

Artists tap their easels to the rhythm of an ancient organ grinder, recreating the atmosphere of the turn of the 19th and 20th centuries, when the Impressionists painted local windmills with a play of light, the Cubists closed their models in a hexagonal frame, and mockers gathered in the nearby cabaret Au Lapin Agile (Under the Happy Bunny) to a tassel was tied to the donkey's tail, proving that anyone can be the author of a work!

Among the thousands of increasingly famous and adored artists in Montmartre, one stood out in particular - the surrealist Salvador Dali.

His museum, located in the studio where he painted and sculpted everything in his own way, curling the most famous mustache in the world, today almost looks like a temple of art. It is worth sitting, thinking and surrendering to the spirit of Paris Belle Epoque.