New Orleans in the USA - the birthplace of jazz 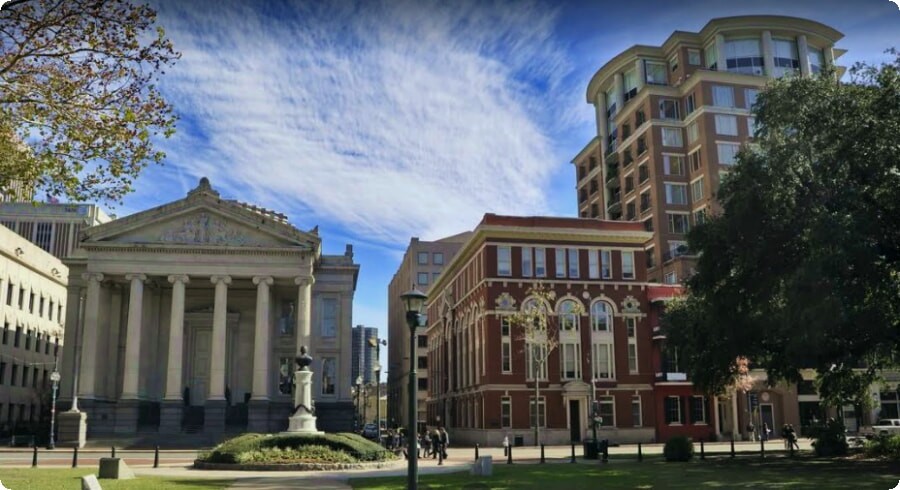 Who has not heard of New Orleans - one of the most famous and largest cities in the United States. It is located in Louisiana near the place where the Mississippi River flows into the Gulf of Mexico. In the northern part of the city lies Lake Pontchartrain, and in the east - the Gulf of Mexico.

The area of ​​New Orleans is 900 square kilometers, and the number of inhabitants is over 300 thousand people. There is an international airport in the suburbs, in addition, there are several regional airports, which makes it much easier to get to this part of the United States.

As for culture, it was formed in the 17-18 centuries under the influence of the Spaniards and the French, although it includes elements of the folklore of the indigenous people of these places. And all the leading role was occupied by French culture. A little later in the 19th century, it was incredibly intertwined with Protestant culture.

The city of New Orleans is, of course, the birthplace of jazz.

Hurricane Katrina, which overturned Orleans at the end of August 2005, became a great tragedy for the city. Most of the residents managed to urgently evacuate, but 1.5 thousand people died.

By the middle of the next 2006, the main part of the city had been restored, but the people evacuated during the hurricane never returned, this tragedy turned out to be so terrible for them.

As for the guests and tourists who come here, they will have something to see. The parade held in honor of Saint Patrick alone is worth seeing. You can walk through the places where the various religious beliefs of the community are worshiped: Jews, Lutherans, Greeks. Tourists are especially popular with the bridge on Lake Pontchartrain, Bourbon Street, the Louisiana State Children's Museum, and the Saint-Louis Cemetery.

Gourmets who prefer fresh seafood should definitely go to the French Quarter and taste specialties there in popular restaurants.

For a small amount of money you can get pleasure. In the same part of the city, the main architectural object of the city is located - Saint-Louis Cemetery.

About how it arose, you can hear a lot of very different stories in which it is not clear where the truth is and where the lie is. On the main street of Orleans - Bourbon Street, there are a lot of all kinds of shops where you can buy original souvenirs as a keepsake of your perfect trip.

It is worth visiting the wonderful zoo and taking a walk in Audubon Park in order to fully enjoy the amazing nature of this wonderful town.