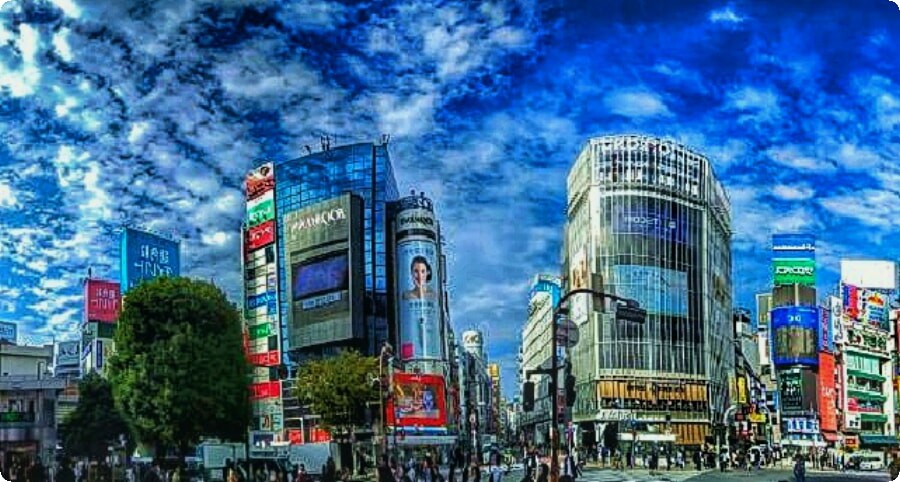 The capital of Japan is one of the largest metropolitan areas in the world, where ancient traditions and new technologies intertwine. There are so many interesting places and attractions here that one trip may not be enough to see at least a small part.

Tokyo has quite high humidity, half of the days of the year falls on rainy weather. The climate here is strongly influenced by the monsoons. The wet season starts in May and lasts until July. At the same time, there is also a significant increase in temperature. Early summer is hot, humid and stuffy. In August, there are much more sunny days, but very hot. It becomes more comfortable by the beginning of October. The best months to visit Tokyo are March, April and October. It's warm outside, with almost no rain. In spring, at the end of March-beginning of April, sakura blossoms. And in the fall, many bright and colorful festivals are held.

In general, there is no concept of high and low tourist season. The flow of travelers does not decrease throughout the year. If the number of foreigners sometimes decreases on the streets of the city, then local tourists visit the capital all year round.

Since Japan is an island nation, air travel is the most convenient way to get to the capital. Japan is also a stopping point for ocean liners. All international flights are accepted by Narita Airport. You will have to get from the air port to the city by express, bus or taxi.

Express is the most convenient way to get to the city center. Taxis are much more expensive, and the bus ride will take much longer.

Here the traveler has a huge choice. There are large hotel complexes serving clients at the highest level. Spacious rooms have panoramic windows with views of the metropolis, hotels are equipped with the latest technology. Those who want to feel the national flavor, live in a traditional setting, sleep on a futon and get a classic Japanese breakfast in the morning should pay attention to small traditional ryokan hotels. But, before booking, it is better to carefully study the information about the hotel, read the comments. Often the name ryokan is used as a tourist attraction for foreigners.

If you want to really get an unforgettable experience, you can try to spend the night in a capsule hotel. Here, the guest is provided with a small cell with everything necessary, where he can relax and spend the night. But there are some peculiarities. Such a room should not be rented to those who are even a little claustrophobic. Also, this is not a very convenient option for those who have a rest with a large company or family.

But there are more familiar and budget hostels. They are popular with large and noisy groups of tourists from Europe and America.

You can devote a separate gastronomic tour to visiting catering establishments in Tokyo. There are Michelin-starred restaurants as well as simple cheap street eateries, which at the same time line up with people who want to eat the famous noodles. Small restaurants deserve special attention, where the kitchen is separated from the visitors only by a narrow bar counter. Such eateries often specialize in one hot dish and snacks for drinking.

Before the trip, you should decide what kind of Tokyo you want to see. Each of the 23 special districts can be said to have its own specialization. All the most fashionable, modern, technologically advanced are collected in Shibuya, Shinjuku, Ameyoko, Akihabara. They are very popular with tourists and local fashionable youth. The Akihabara area sells all the technological innovations that will not enter circulation worldwide until the day after tomorrow. It is also a place of attraction for manga and anime lovers.

Ginza, Harajuku, Asakusa, Ueno are chosen by those who are interested in museums, exhibitions, history and heritage of Japan. The famous Kabuki Theater operates here. Tickets for the performance must be ordered well in advance of the performance, there are simply no empty seats on the day of the premiere.

Tokyo is also famous for its traditional parks, where cherry trees are planted, for the sake of flowering which travelers come here in the spring.