In the vicinity of the Champ de Mars 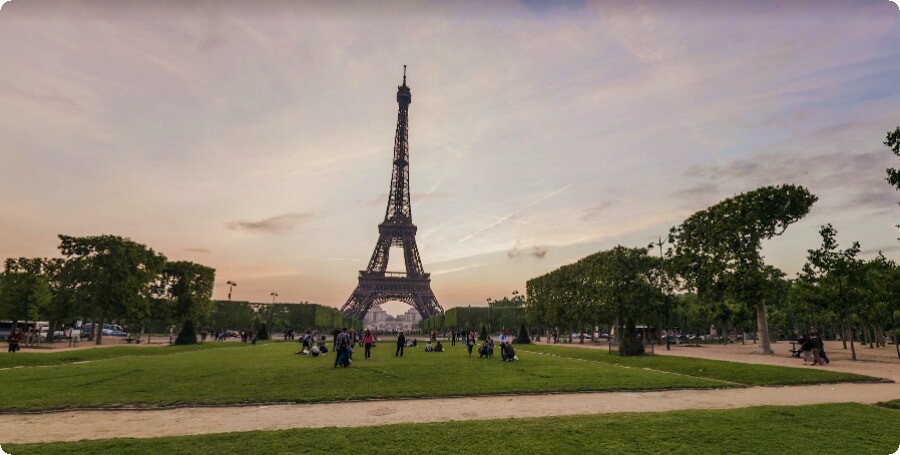 In the vicinity of the Champ de Mars in Paris there are many attractions that attract tourists, not only for their architecture, but also for their significance.

The huge U-shaped building, the Secretariat of UNESCO, fits harmoniously with its concave facade into the semicircle of Place Fontenoy, which also overlooks the back of the Military School.

Established in 1945 to promote peace and respect for human rights, the organization today has 188 member states. The architecture of its headquarters, officially opened in 1958, expresses the world significance of UNESCO: the architects who created the building were the American Marcel Breuer, the Italian Pierre Luigi Nervi and the Frenchman Bernard Serfus.

In addition to the compositional beauty of this majestic architectural structure on pylons and its neighbor, the building where the conference hall and halls for the work of the commissions are located, regardless of the humanitarian and cultural activities that can be held here (exhibitions, lectures, concerts, performances),

headquarters UNESCO apartment - a true museum of art of the second half of the twentieth century. thanks in part to the Calder and Moore sculptures on the esplanade.

House of the Invalids

Established by Louis XIV in order to give shelter to his wounded soldiers, the Les Invalides was started in 1671 by Liberal Bruant (the architect of the Salpêtrière Hospital), continued in 1677 by Jules Hardouin-Mansart, and completed in 1750 by Robert de Cotte.

This vast quadrangle, which covers an area of ​​12.5 hectares, in 1710 provided shelter for 3,000 soldiers. The ensemble of buildings is one of the finest examples of Louis XIV century architecture. Its northern facade is unfolded in front of a magnificent perspective of the esplanade of the Invalides, continued by the bridges of Alexander III and the Grand and Small Palaces.

The central, vaulted part of the facade, similar to a monumental gate, looks very majestic. An incredible variety of captured weapons and military symbols adorn the cornices. But the undeniable masterpiece remains the dome of the church of St. Louis, which, being gilded for the fifth time on the occasion of the bicentenary of the revolution, illuminates the Parisian sky.

Built as an extension of the so-called "Soldier's" church, it was inspired by one of the designs of François Mansart, uncle of Jules Hardouin-Mansart. This dome became especially famous after taking under its double vault the tomb of Emperor Napoleon I, whose ashes were solemnly transferred from St. Helena in 1840.

In the restored in the 1960s. In the ensemble of buildings of the House of Invalids there are the Military Museum, the Museum of the Order of the Liberation and the Museum of Models of Fortifications.