Goreme - the stone gem of Cappadocia 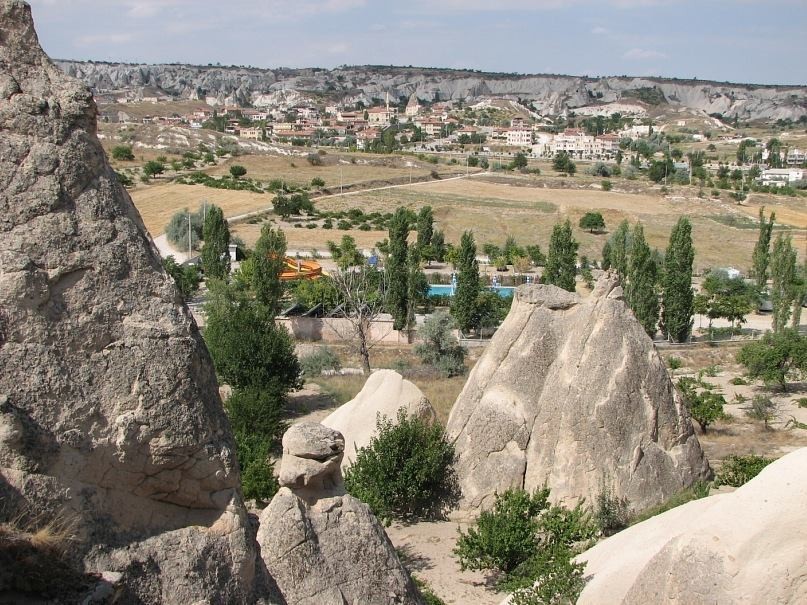 Thousands of years ago, when the Erciyas volcano mountain was active, the ejected lava covered an area of ​​20 thousand km. Later, when the eruptions stopped, the region faced air and water erosion. For several hundred years, nature has worked on the volcanic rock. As a result, the soil in the valley acquired a bizarre, "lunar" landscape. Small stones settled on the tops of the rocks, forming enchanting pipes.

Christians, who took refuge in the valley due to Arab pressure, gave her the name Goreme, which means "you will not see here." Later, the name was changed to Korama, and then renamed 3 more times. But as a result, they returned to their original name.

Located between Nevsehir and Urgup in the Avchilar Valley, this town attracts attention. Perhaps earlier, Goreme was more extensive, but now it consists of only one valley.

The name Korama did not take root and the valley was named Makkan for many years. By the way, there is a mention that this city is one of the oldest places in the Cappadocia region. The oldest source that mentions the name of this area is the book “The Doing of St. Hieron "VII century.

Makan was not a protected and hidden place, therefore it suffered greatly during the Arab raids and lost most of its population. The churches were rebuilt after the invasion ended.

Within the city of Goreme there are 5 churches, around 400 in the vicinity. The largest city temple is Durmus Kadir, which is believed to have been built in the 6th or 7th century. The pillars and table of the preacher are well preserved. Other churches in Goreme date back to the 10th and 11th centuries. The youngest church is Yusuf Kok, which appeared in the XI century. These two cathedrals are located on the outskirts and belong to the National Park.

The Bezirhani Church and Orta Mahalli Church dominate the city center. The farthest is Karabulut (Church of Karabulut), dating back to the X century, you need to get to it on foot through the gorge for 30 minutes.

An unrivaled example of the harmony of man and nature, Goreme is the most attractive site in the Cappadocia region. People still live in stone houses or use them as storage facilities, showing respect for this volcanic land and history. The town of Goreme has not only stone houses, but also restaurants, hotels, and shops that all visitors find amazing.

The natural boundaries of the city are high cliffs surrounding it, with magic chimneys and cozy dovecotes inside. Goreme is a place that has incredible natural treasures.