What famous sights must visit in historical Rome 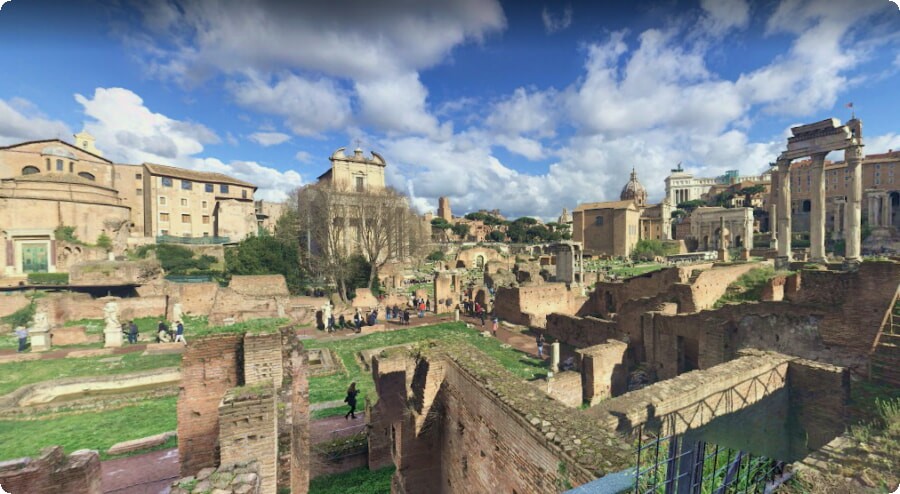 Rome, the most beautiful and historical place, it was there that Western civilization was born, and the formation of one of the most powerful empires in the world took place. Each place in Rome exudes its own history of the ancient world, which is why it is worth visiting these places, feeling yourself in the center of events, once history was made before the eyes of people.

The main arena of ancient Rome - the Colosseum

The Colosseum is one of the world's most famous attractions in Rome. Under ancient Rome, the Colosseum played the role of a theater for gladiator battles and the persecution of driven prisoners with the help of wild animals and other annual bloody performances. The stones from which the Colosseum or the battle arena was built and opened in 80 AD still remember and keep the history of brave gladiators, but they also do not forget about those people who once became participants in such performances for the sake of spectacles. rich nobility.

"Temple of All Gods" - Pantheon

The Pantheon was built in the 2nd century BC, but, despite its great age, it has survived to this day thanks to frequent and numerous restorations. The building surprises with its architectural sophistication for those times. The Pantheon was erected for the purpose of prayers and worship of pagan Gods. But later, or to be more precise, at the beginning of the 7th century, the temple, which had previously praised paganism, became Christian. The walls of the Pantheon preserved the prayers and requests of people who came and asked for help from higher powers.

The Roman Forum, it was in this place that important events were decided that affected the state and the people as a whole, such as the adoption of laws, elections for the position of consul, and also festive triumphs of the ruling emperors took place after returning from the battlefield as winners. But, unfortunately, after the collapse of the great Empire, the Roman forum was completely ruined and destroyed. Today, fragments of the forum remain, which were once one, saw many victories and verdicts. On the site of the Roman forum, there is now an open-air museum that will tell the story of the surviving remains.

Ancient Roman baths were well developed in the Roman Empire. Often people came to the terms in order to negotiate, find out any new news or just talk. This architectural complex was built in the 3rd century AD, the reigning emperor at that time was Septimius Bassian Caracallus. There was also a library in this complex. Later, the Baths of Caracalla became one of the wonders of the world. Today, the surviving parts of the terms are of historical value, because, like in every place of Ancient Rome, human destinies were also decided here.

In addition to the above attractions, there are many more places worth seeing, such as:

5. Trevi Fountain and others.

Do not count the number of historical places worth visiting. Each is unique in its own way and carries the history of the greatest Roman Empire of those times.