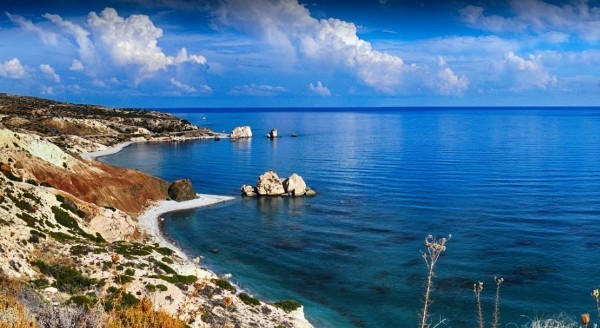 Every tourist will find something to visit, because the city has such a huge number of attractions that the eyes run wide. If a person wants to visit a portion of unforgettable emotions and memories, then he should visit this heavenly city.

1. The ancient city of Kourion

This is a rather ancient remains of the city, which is located very close to modern Limassol. At the moment, there is an interesting archaeological park with various objects of that time. For example, with the theater, which was restored and now every week there are performances in magnificent Greek on its stage. In addition, each guest can get acquainted with the preserved mosaics, the ruins of an ancient bathhouse and a basilica. All this territory was equipped as conveniently as possible for tourists: a considerable number of cafes and toilets.

2. The ancient city of Amathus

It is noteworthy that the famous Aphrodite was actively worshiped here before. When Christianity came to the island, this place gradually began to empty, since the object completely lost its religious value.

The very first archaeological excavations in this area took place in the 19th century, which made it possible to discover many different buildings that could survive to this day.

Once this temple complex was designed specifically to worship Apollo. Today there are a couple of ancient examples here: many columns, stairs, temple walls and a monument. Very positive reviews from tourists show that everyone should visit this place.

Perfect for people who love to travel with their children. To be more precise, there are more than 70 attractions and over three dozen halls with different video games.

Quite recently, the zoo was subject to reconstruction, due to which the total number of animals has increased, and living conditions have improved. The biggest inhabitants are funny pygmy hippos.

On the territory of the attraction there are not only cages with aviaries, but also a playground.

If you read ancient Greek history, you can find out that the charming Aphrodite came out of the water on this beach. People say that if a couple in love takes a dip in the local waters, they will be happy for the rest of their lives.

And if someone bathes during the full moon, then he will be able to get youth and beauty.