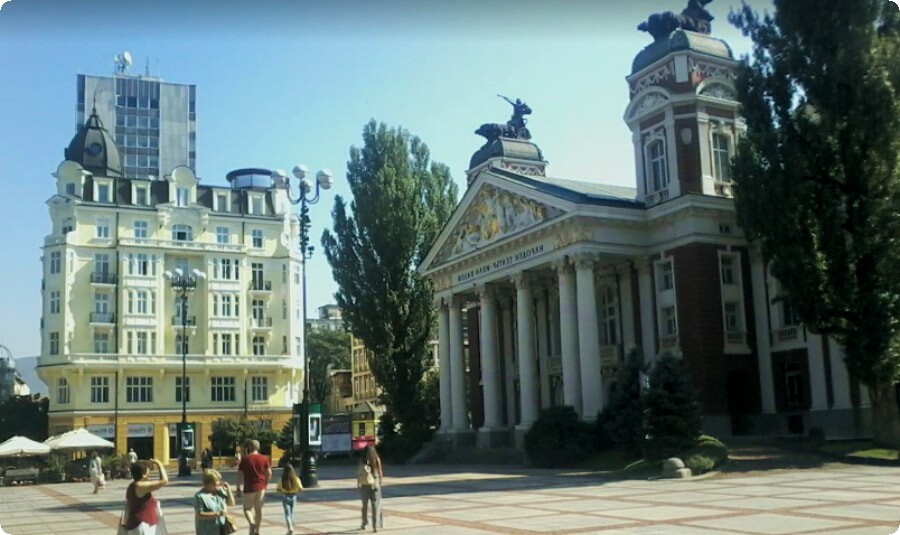 The capital of Bulgaria is not only one of the oldest European cities, Sofia is also considered the greenest metropolis in Europe. Each area has a lot of parks and organized green areas. Therefore, walking along the city streets, examining numerous historical and architectural monuments, will be quite comfortable.

The climate in this area of ​​Bulgaria is temperate continental, which indicates the presence of pronounced seasons. It is quite cold here in winter, hot in summer. Most of the precipitation falls in the spring. The city is located in the Sofia basin, surrounded by mountains, numerous rivers, lakes and reservoirs, so the humidity is slightly increased.

Sofia is located quite far from the sea coast, so the main purpose of most of the guests is sightseeing tourism. Walking is suitable for almost any time of the year. The peak tourist season is from mid-May to September. If you want to see the sights, places of worship and not hustle in the crowd of tourists, you should choose a trip in autumn or spring. The second flow of vacationers falls on the winter. This is due to the fact that nearby on the slopes of Mount Vitosha begins its work the largest ski resort in Bulgaria.

Athletes and guests come here not only from all over Europe, but also from other continents. Also, during the Christmas and New Year holidays, the city noticeably changes, illumination appears and numerous street markets open.

The Bulgarian capital can be reached by some modes of transport.

In recent years, the capital has changed, and this has also affected the hotel business. Today, guests are welcomed as hotels of world chains, as well as small hotel houses, complexes, boarding houses and hostels. In Sofia, all establishments must pass certification, so their star rating will exactly meet the requirements. It should be noted that accommodation even in a five-star hotel will pleasantly surprise you with affordable prices.

You should definitely try Bulgarian cuisine. Establishments serving national treats are called mehana. In them you can not only have a tasty and satisfying meal, but also feel the national flavor, as they have an original design. Also in Sofia there are many establishments serving cuisines of other nations of the world. You can have a quick and inexpensive meal in the establishments of world fast food chains. Bulgarian cuisine is characterized by a large number of dishes of stewed and stuffed vegetables flavored with cheese, and meat cooked on coals.

The city is rich in monuments of architecture and art. Some have been preserved since ancient times, others were built relatively recently. Most of the sights are concentrated in the Sredets area. This is the historical center. Particularly noteworthy are the remains of the ancient city fortress Sreditika, preserved from ancient times.

Many travelers start their tour from the Alexander Nevsky Cathedral. Not far from it is the functioning mosque of Banya-Bashi. The Mineral Bath is also worth a visit. This building is striking in its beauty, it was erected at the beginning of the 20th century. In almost every area you can find interesting buildings or monuments.

Those who want to combine relaxation with a desire to improve their health are recommended to go to the Bankya area. There is a unique resort with thermal waters and mineral springs.