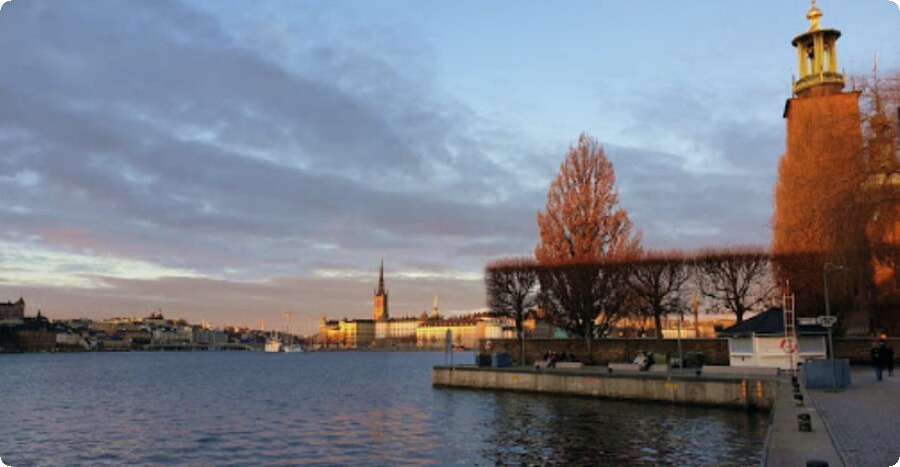 Sweden is a country with a monarchical form of government, so the residence of the royal family is located in the capital of the kingdom Stockholm. It is located on the island of Stadholmen. The current royal palace was built in 1760 in the Baroque style. Swedish baroque is distinguished by its restraint and lack of pretentiousness. In this architectural creation, the national feature of the Swedes is clearly expressed - moderation. Despite the fact that the palace is a working residence, it houses several museums.

Vasa is a Swedish ship that sank in the 17th century. The ship was built by order of the Swedish king Gustav II Adolf. Vasa personified the power and might of Sweden and was larger than other Swedish ships of that time. The height of the ship reached 52 meters.

During the first voyage, the ship sank, the entire crew died. 333 years after the shipwreck, Vasa was raised to land and restored to 95%. Since 1990, the ship has been functioning as a museum. Vasa is the only 17th century ship in the world that has been so well preserved. The museum presents the interiors of the ship and household items of sailors of that era.

Despite the relative youth of the town hall, it harmoniously fits into the historical landscape of the central part of the city. There is an observation deck on the tower of the town hall. From a height of 106 meters, an excellent overview of Stockholm opens up.

Annual banquets for Nobel laureates are held in the inner halls of the town hall. All halls are open to the public.

In the Gamla Stan area is the historic Stortorget square. The square was built during the founding of Stockholm, at the end of the 12th - beginning of the 13th century.

Initially, it was the center of trade and city administration. Later, the Nobel Museum and the Swedish Academy were built on the square. Bright houses on the western part of the square have become the hallmark of not only Stockholm, but also Sweden.

It includes 100 stations, half of which are underground. They are sometimes referred to as "gallery underground". Numerous designers participated in the interior design of the stations and created unique installations.

Some metro stations are made right in the rock, which creates an atmosphere of real adventure during the trip.