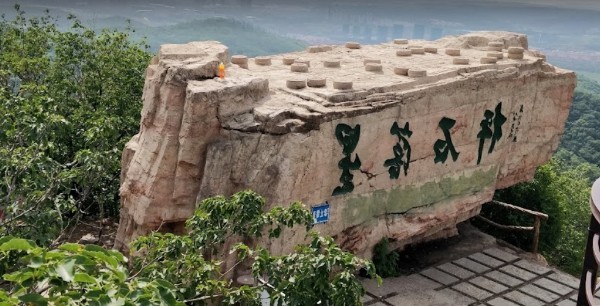 Shenyang is the capital of the Chinese province of Liaoning. The city is located in the northeastern part of China. This city has a rich history. People lived on the site of the city in the Neolithic period (7200 years ago). This is evidenced by the unique artifacts found here. These are the remains of buildings, wooden furniture, ceramics and stone products.

Also found here are unique carvings depicting forest birds. Archaeologists and historians suggest that the prehistoric Sinle tribe lived here, who had a matriarchal system during that time. The city itself was founded by Qing Kai in 300 BC. At that time, it served the purpose of protecting the border from external enemies.

During the reign of two representatives of the Qing Dynasty, Shenyang was even the capital of this dynasty (starting from the 17th century). In general, there are many ancient structures in the city, many of which are located next to modern concrete buildings. We recommend visiting the majestic Taiqing Temple, which has been the center of Taoism in this part of China to this day.

Also in the city is a huge complex of Buddhism (Tibetan) - Shishen temple. This temple was built in the seventeenth century. Its other name is Imperial. There is a sacral complex of the South Mosque here. As the name suggests, this complex is Muslim. You can visit Nanguan Church. This is a Christian church, the Gothic style of the building of which looks very unusual in this city. The complex from the Qing Dynasty, consisting of 4 temples and 4 pagodas, has been preserved.

The UNESCO World Heritage Lists include the Imperial Palace, the Zhao Mausoleum and the Fu Mausoleum. As you can see, there are a lot of historical sights here. We have listed the most famous, but there are many equally interesting ones.

At the same time, Shenyang is a huge industrial city. Its area is three and a half thousand square kilometers, and the population is more than 5,000,000 people (although by Chinese standards, five million people is not very much). The city has a well-developed metallurgical industry. It also stands out for its well-established transport links. You can also visit various museums of the city, relax in local parks, see local natural attractions.

From cultural and entertainment programs, various colorful festivals and exhibitions can be noted. You can even watch or participate in an international regatta. If you are satisfied with a beach holiday, then visit this ancient city. Having come into contact with antiquity, maybe you also want to leave your mark on history.